At least 11 drug suspects and one soldier have died during shootouts with military personnel and police in greater Rio de Janeiro.

The direct confrontations between soldiers and armed traffickers marked a deepening of the military’s role in Rio’s security, as violence erupted in several areas of the city that hosted the Olympics 2 years ago.

Since the military was put in charge of the state’s security earlier this year, soldiers have mostly played supporting roles to police during operations, such as securing perimeters or setting up checkpoints. On Monday, soldiers were clearly in the lead.

“Our goal is only to make arrests. If there are deaths, the criminals are to blame,” Carlos Cinelli, a military spokesman, told reporters, adding that military personnel came under fire during operations. “The soldiers have a right to defend themselves.”

Mr Cinelli told reporters that five suspects were killed and another 10 were arrested when soldiers stormed the neighbourhoods of Mare, Complexo do Alemao and Penha.

In a press note later in the afternoon, the military command said one soldier had died and another was injured in the operations. 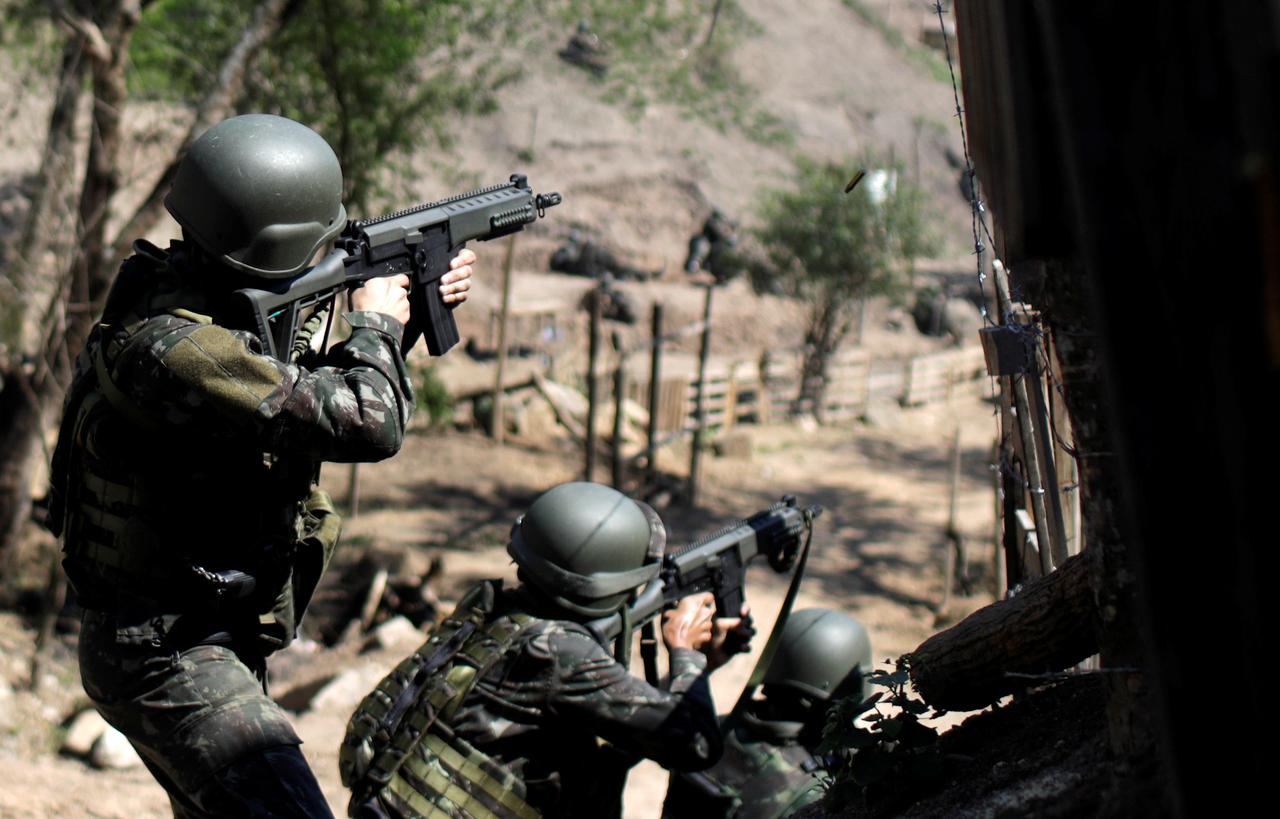 Mr Cinelli said the operations, which involved more than 4,000 military personnel, were aimed at finding wanted traffickers in the areas. The operation netted four pistols, two grenades and 440lb of marijuana paste, he said.

Brazilian news site G1 reported that many residents in the areas stayed at home, skipping work and school.

Police said they also killed six suspects during confrontations in Niteroi, across the bay from Rio de Janeiro.

Officers said the shootouts happened while pursuing suspects on one of the access points to the bridge that joins the two cities. The bridge, one of the area’s most traversed roads, was temporarily shut.

According to a police statement, 3 suspects and one police officer were injured.