Unidentified Texas Woman Dies From COVID-19 While on Flight

It was a historic moment for Cameroonian activist  Doumara  at the Élysée Palace on Friday as she was awarded the first women’s rights prize dedicated to late minister and abortion campaigner Simone Veil  by French President, Emmanuel Macron.

The 100,000 euro prize was created last year in memory of Holocaust survivor who died in 2017, known for legalizing abortion 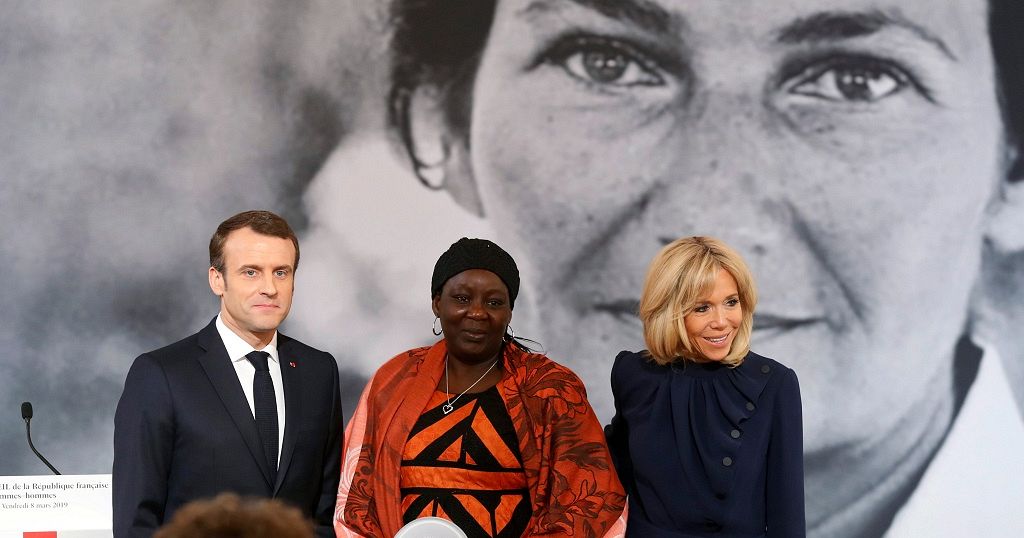 Doumara said “I really hope that this initiative (the prize) which was created here will be taken up by governments of other countries so that women’s rights, the struggle against violence against women, might become a national campaign for all governments across the whole world because the image that comes from Marouan, my country Cameroon, is the same one we find across other parts of the world to different extents.”

Born in northern Cameroon in 1972, Doumara was married at 15 against her will but defied her in-laws to remain in education until the end of secondary school.

“Do we need to change the law again? No (we need to change) habits, silences, deep-rooted problems which at their worst lead to the killing of women. So in this country we’re continuing this campaign relentlessly and I’d like to tell all of you that there won’t be any more silence, any more special concessions, any more habits. Because what we need in this country as in others is the moral re-awakening which you (Doumara) personify”, Macron said

Since 1996, she has been supporting survivors of rape and forced marriages through an association to combat violence against women, in the town of Marouan.