An Egyptian court has sentenced 75 people to death for their role in the violence that erupted after President Mohammed Morsi’s removal in 2013.

The group, including leaders of the banned Muslim Brotherhood, are part of a mass trial of more than 700 people.

Rights group Amnesty International has called the trial “grossly unfair” and a violation of Egypt’s constitution.

Their cases will now be referred to the Grand Mufti, who must be consulted whenever the death sentence is applied.

But while Egyptian law requires the opinion of the Grand Mufti, the country’s highest Islamic legal authority, it is non-binding – although rarely ignored.

The August 2013 clashes took place a month after the democratically-elected Mr Morsi was ousted, with hundreds of demonstrators and dozens of security personnel killed after the latter moved in to break up two sit-in protests.

Among those arrested that day was the award-winning photojournalist, Mahmoud Abou Zeid, better known as Shawkan. 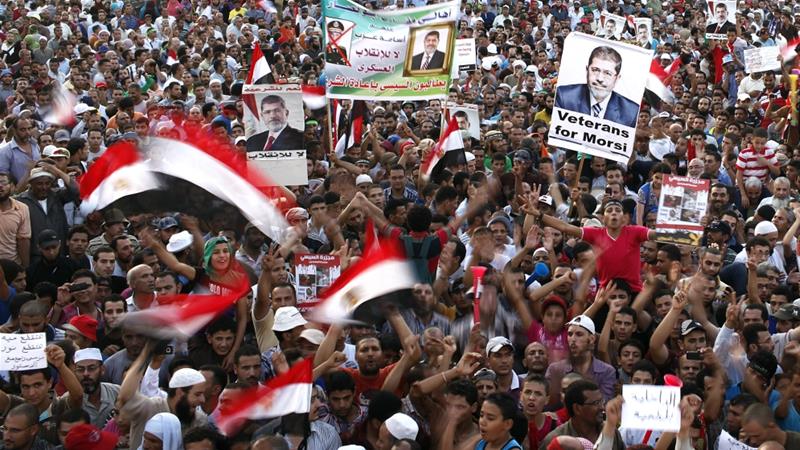 He was detained while taking pictures of the dispersal of a protest. He has been held in prison ever since and faces a series charges.

A decision in his case was postponed by the judges on Saturday.

There was a crackdown, in the months that followed the clashes on the former president’s supporters, and on the Muslim Brotherhood group to which he belongs, which Egypt later declared a “terrorist organization”.

Amnesty International in a statement pointed out that, while many thousands of people have been arrested since “Egyptian authorities have never questioned or prosecuted any of the security force personnel” who were involved in the clashes.