All passengers on board an Ethiopian Airlines jet that crashed shortly after take-off on Sunday have died, the airline says.

It said 149 passengers and eight crew members were believed to be on flight ET302 from Addis Ababa to Nairobi in Kenya.

The airline added that there were 33 different nationalities on board.

The crash happened at 08.44 local time, six minutes after the flight took-off from the Ethiopian capital.

It is not yet clear what caused the accident. 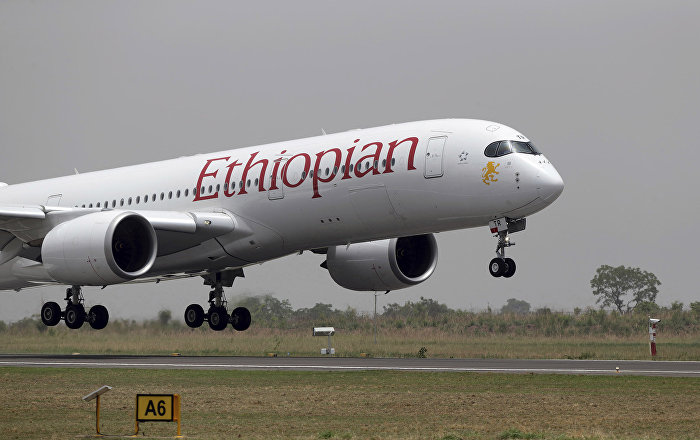 In an earlier statement, the airline said that search and rescue operations were under way near the crash site around the town of Bishoftu, which is 60km (37 miles) south-east of the capital.

“Ethiopian Airlines staff will be sent to the accident scene and will do everything possible to assist the emergency services,” the statement added.

Boeing, the company that built the plane, said in a tweet that it was “closely monitoring the situation”.

Its 737 Max-8 aircraft is relatively new to the skies, having been launched in 2016. It was added to the Ethiopian Airlines fleet in July last year.