Ten people are now in hospital after a shooting in the Moss Side area of Manchester. Armed officers from Greater Manchester Police (GMP) were called to Claremont Road at 2.30am on Sunday and discovered several people had been hurt.

The injuries range from minor to major, but most do not appear to be life-threatening, the force said.

The nature of the injuries is not yet clear. 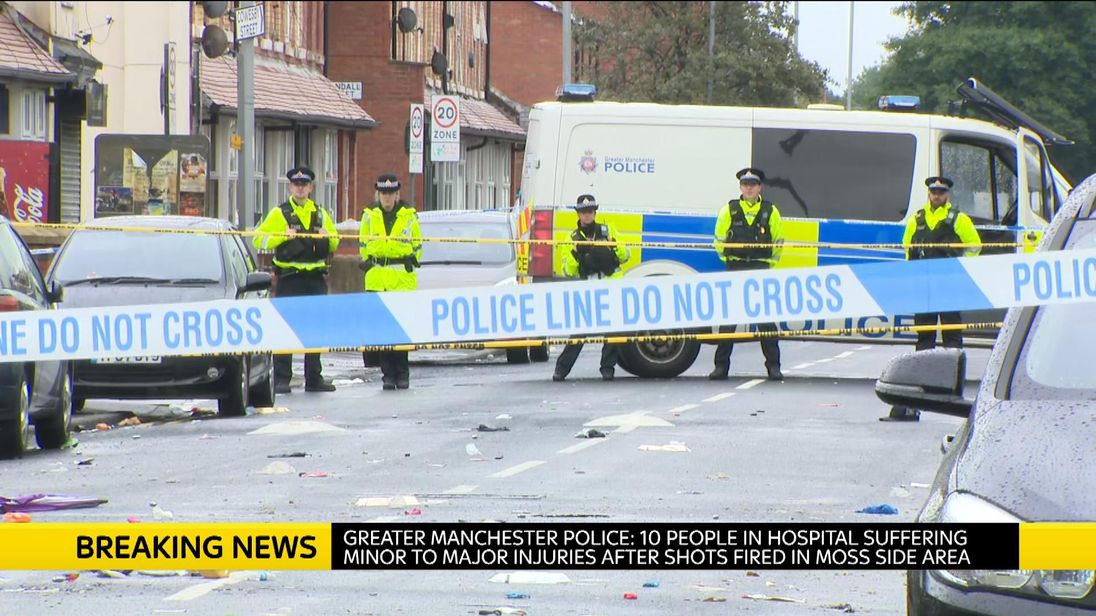 Footage reportedly showing the aftermath of the incident was posted on social media.

The video appears to show a panicked group of people being helped by police.

As a voice cries out, shouts of “move” can be heard, while another voice asks “can you hear me”.

Several people have been injured after shots were fired in #MossSide earlier this morning. Extra officers will continue to patrol the area over the coming days. https://t.co/qzIQJzfKeX pic.twitter.com/I4CevWIlOo

A number of people were in the area following the Caribbean Carnival, which had finished some hours before, the force added.

Detective Superintendent Debbie Dooley said: “We currently have a number of people in hospital all being treated for different injuries but thankfully most do not appear to be life-threatening at this time.

“Officers are trying to establish exactly where this incident took place and who is responsible for such a dangerous attack.

“Those living or visiting the area will understandably be concerned by this incident and we will have extra officers patrolling the area throughout the morning and into the coming days.”

GMP said it had deployed a “large number” of armed and unarmed officers in the area after the alarm was raised.

Investigations were taking place to identify exactly where the shooting happened and who was involved.