A court in Russia has sentenced four members of protest group Pussy Riot to 15 days in jail for invading the pitch at the World Cup final in Moscow.

The invasion took place early in the second half of France’s 4-2 victory, with one protester seen embracing Les Bleus forward Kylian Mbappe while another was wrestled to the ground by Croatia’s Dejan Lovren. 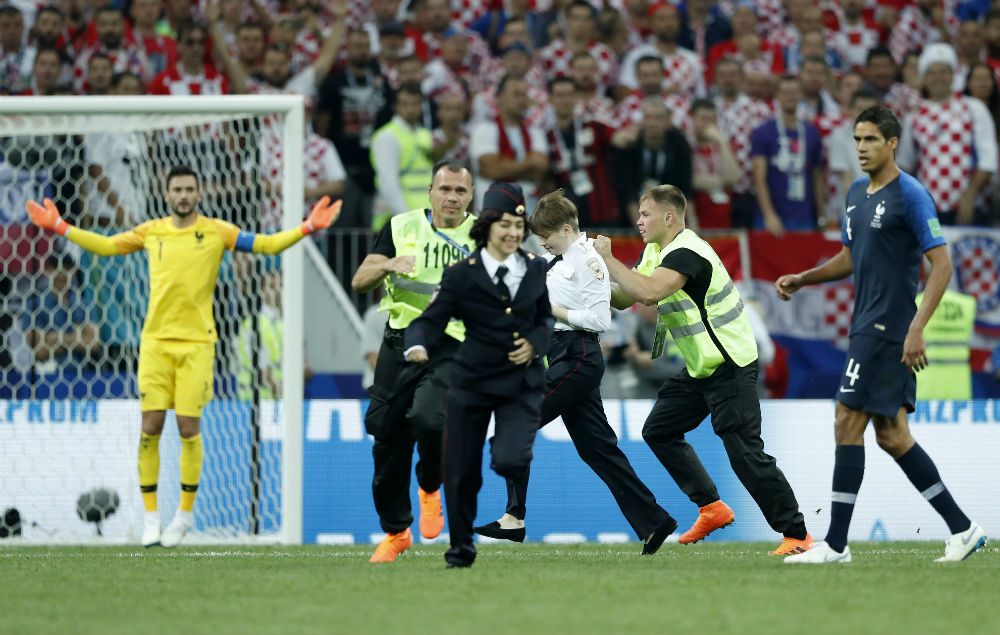 Notorious for their imaginative costumes and explosive demonstrations, Pussy Riot’s members are staunch critics of Russian president Vladimir Putin, calling for judicial, educational and cultural reforms in the country.

The group’s official Twitter account confirmed the 15-day administrative arrest of Veronica Nikulshina, Olga Kurachova, Pyotr Verzilov and Olga Pakhtusova, all four of whom have been banned from attending sports events for 3 years. 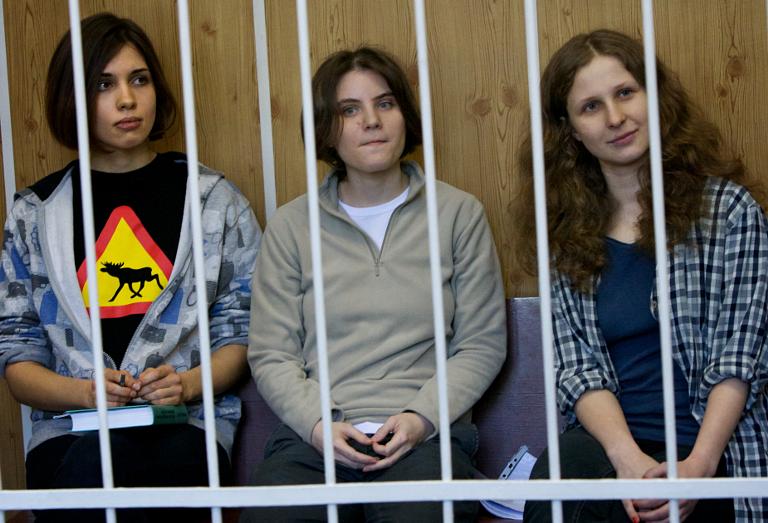